I never thought of a Marathi dish. If you asked me a month ago what my favorite Marathi dish was, I would have said none or I do not even know which are Marathi dishes. There was a time when I went to Mumbai every three months for work and have eaten typically Marathi food. Yet I never realised I was eating Marathi food. And that is very unlike me!! I am very curious about people, places, food and its spices. Yet why did I not take notice of Marathi food? How come it never caught my attention? Well, I do not know. I would need to go back to past. 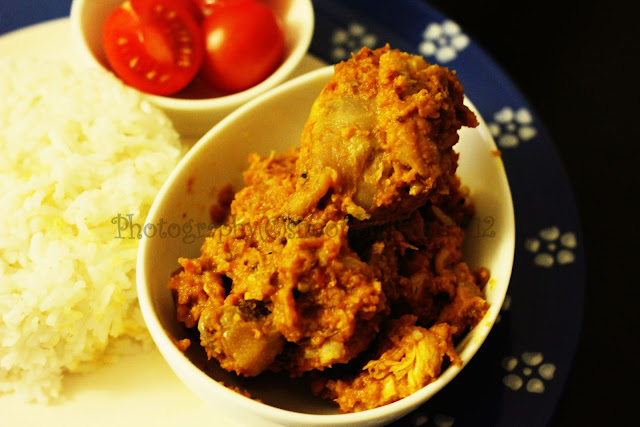 Preeti’s Isingcake (http://isingcakes.wordpress.com/) giveaway got me thinking. I met Preeti through Bloggers Buzz event where she is one of the organizers. She also has a wonderful and a very successful blog called Isingcake.  Preeti has organized a giveaway where one needs to cook a Marathi dish for a modern table or a dish that resembles a Marathi dish. Please see the details here if you are interested
(http://isingcakes.wordpress.com/2013/02/02/a-quick-post-on-clarified-buttergheetup-and-ruchira-giveaway/#comment-1622)
Now for me, it was an opportunity to read about Marathi food.  To my surprise, I realized I actually loved few of the regular Marathi food and did not know they were Marathi.  My ignorance and not at all bliss I must say in this occasion. I combed through the net to get an idea about Marathi food. Not that I was very successful as most wonderful site were in Marathi and most English ones  not interesting enough to keep me glued. However I found a list of foods that many people voted as most popular Marathi food like  Srikhand, Vara pao, Amrakhand, Missal Pao, Kolhapuri Tambda Rassa Chicken,  etc etc. Now, I keep making Srikhand, eat vara pao very regularly, do not like Amrakhand, love missal pao and never made Kolhapuri Tambda Rassa Chicken. Therefore, from among the list, I decided on Kolhapuri Tambda Rassa Chicken. 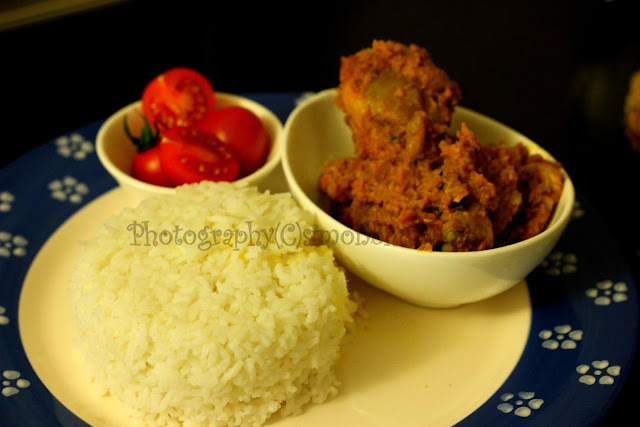 Now when I looked for the recipe of the dish, I realised that people have different version of the dish, which like any dish is, very interesting as cooking always varies from one household to another. I mainly checked the following blog,
Meera’s Blog http://enjoyindianfood.blogspot.co.uk/2008/02/kolhapuri-tambda-rassa.html,
Mallu Girl , http://malluspice.blogspot.co.uk/2009/07/kolhapuri-chicken.htmland http://madhurasrecipe.com/index.php?p=1_222_Kolhapuri-Chicken.
Although, all three had slightly different aspect to the recipe, what also attracted me to Kolhapuri Tambda Rassa Chicken is it’s nearness to a chicken dish that is cooked by my grandmother. Being from the coastal area of Bangladesh, coconut always plays an important role in many of the dishes that I am used to eating. I use a lot of coconut but do not use that much of tomatoes which  seemed like an integral aspect of the recipe. In addition, the amount of chili used in the original recipe, well I am not that brave nor do I have any likeness for food that is very very hot (the meaning of Tambda Rassa is red gravy , so I guess the use chili is justified) .  Therefore, I decided to make the dish mixing my grandmothers method and the Marathi method (I am no expert on Marathi method… so depending on the blogs that I have read). And it came out really well. I would want to try the real Marathi thing soon when I my friend J comes over who is in love with chili, until then I am happy with the fusion of Bong and Marathi Kolhapuri Tambda Rassa Chicken. Hope you like it too.
By the way, I am a Bong (for the uninitiated Bong is Bengali) and I love to eat in a Bong way. So I am serving my Bongalisious Kolhapuri Chicken Tambda Rassa in Bong way with rice.
Ingredients:
·        Baby chicken cut into small pieces
·        2-tomatoes cut into small slices (the Bengali/my grandmother’s recipe does not have tomatoes. I used based on the Kolhapur recipe)
·        1-green chili
·        1/2-teaspoon red chili powder
·        1-teaspoon cumin powder
·        1-teaspoon turmeric powder
·        ½-cup fresh coconut grated (original Kolhapur recipe calls for both fresh and roasted coconut but as I am mixing both the method I am suing fresh coconut, which is more common in Bengali cooking)
·        1-tablespoon pumpkin seeds (used in my grandmother’s recipe. poppy seeds used in Kolhapur recipe. However, use of poppy seed is not common in Bangladeshi food, but use of pumpkin seed is. So I am using pumpkin seeds)
·        4/5-cloves of garlic
·        2-inch ginger
·        3-medium sized onions, thinly sliced
·        2/3- cardamom
·        2-inch long cinnamon
·        1-bayleaf
·        ½-teaspoon mustard seed (the Bengali/my grandmother’s recipe does not have this. I used based on the Kolhapur recipe)
·        Salt to taste
·        Oil as per taste
Method:
1.    Fry the onions until brown and soft
2.    Soak the powdered spices in little water ( chili, cumin, turmeric) and make a paste
3.    Now in a blender add the fried onions, garlic, green chili, ginger and make a paste
4.    Marinate the chicken with onion paste and keep aside
5.    Now fry the sliced tomatoes until soft and then cool them down
6.    Using a blender make tomato paste and keep aside
7.    Make a paste of coconut and pumpkin seeds and keep aside
8.    Now heat oil in a pan and add mustard seeds
9.    When the starts to smell add the coconut paste and fry until oil separates
10. Add the spiced paste with fried coconuts and cook again until oil separates
11.  Add the marinated chicken, salt  and cook for 10mins
12. Add tomato paste and cook
13. Add cinnamon, bay leaf and cardamom and cook until chicken is soft and gravy ( not grave)  is thick ( I made it dry but you can also keep as much gravy as you like)
14. Serve with white boiled rice 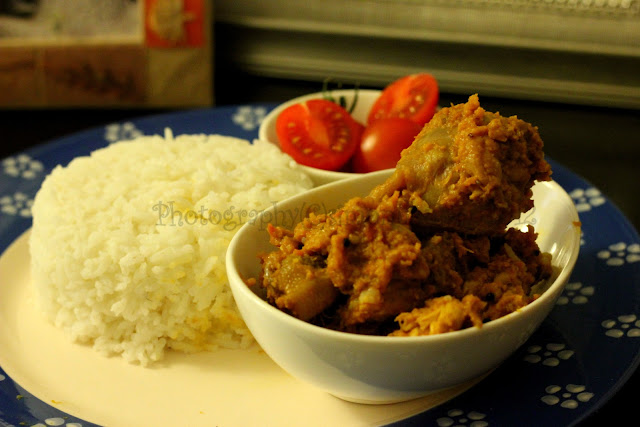 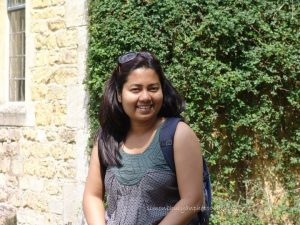